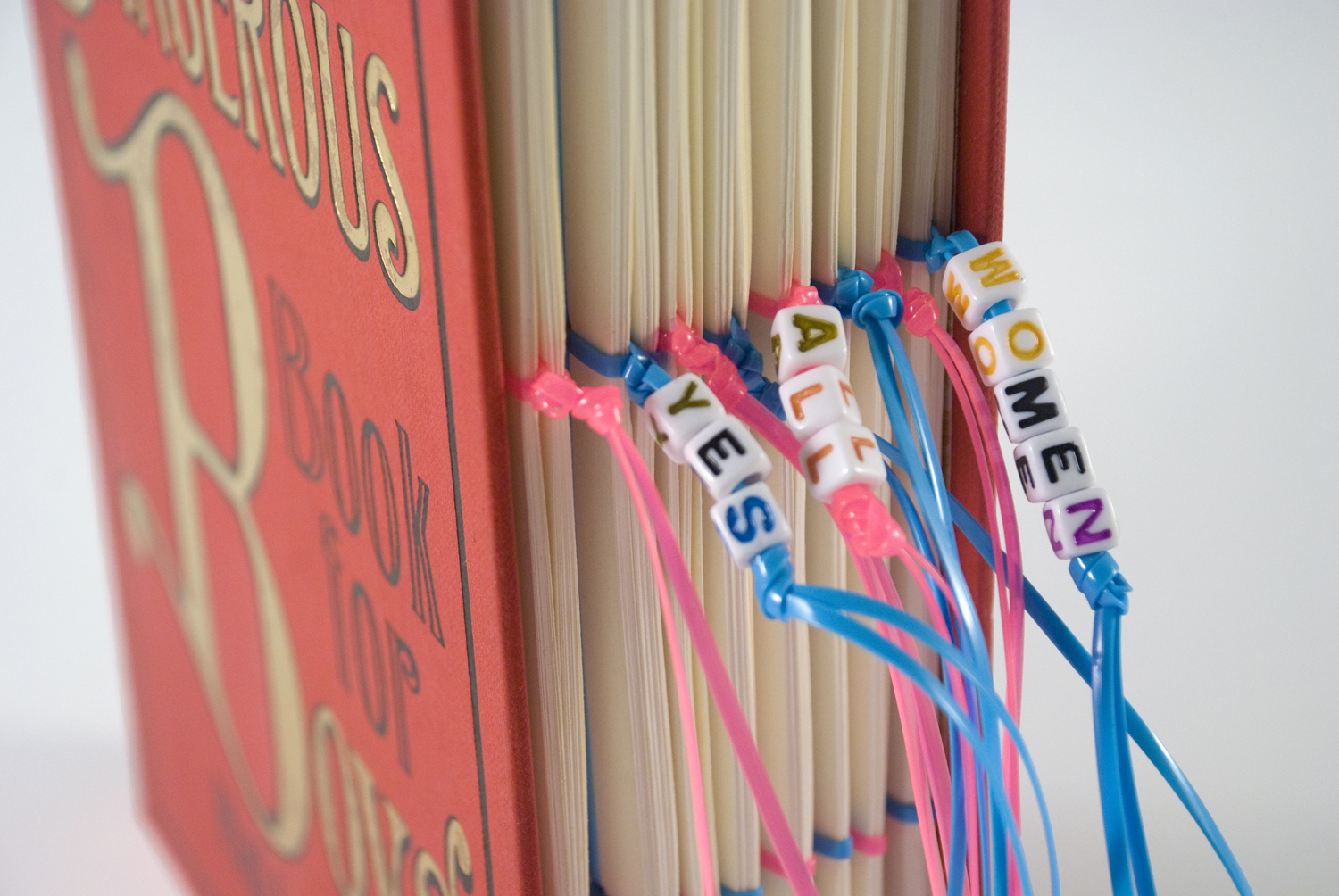 #YesAllWomen is a recontextualized artist book that is based on the Internet movement of the same name that began in May of 2014, after the shootings at The University of California in Santa Barbara.  In a video manifesto, the shooter expressed rage against women for rejecting him.  A debate began to form on the social media site Twitter.  Women from all over the world began to post their own experiences of being objectified using the hashtag #yesallwomen.  I began obsessively collecting articles, tweets, and images related to #yesallwomen, and how the media was responding to this movement.

I used the book The Dangerous Book for Boys to alter for this content.  This book contains stereotypical activities for boys to partake in and also gives advice on interacting with girls.  The advice and activities in this book seem dated, however the book was originally published in the 21st century.  The context and discussions surrounding the #yesallwomen movement paralleled my own issues with this book.  I sourced all the content for #YesAllWomen directly from the Internet and inserted it into The Dangerous Book for Boys.  Using imagery from a discarded book on floral arrangements, I built flaps to conceal the multitude of Tweets discussing #yesallwomen.  I also incorporated friendship bracelet materials to lead the viewer through the book and the movement. By using imagery and materials considered to be stereotypically feminine and placing them in a book with content considered to be stereotypically masculine, I am clashing together these suppositions to reveal the contradictions present in dated gender roles.