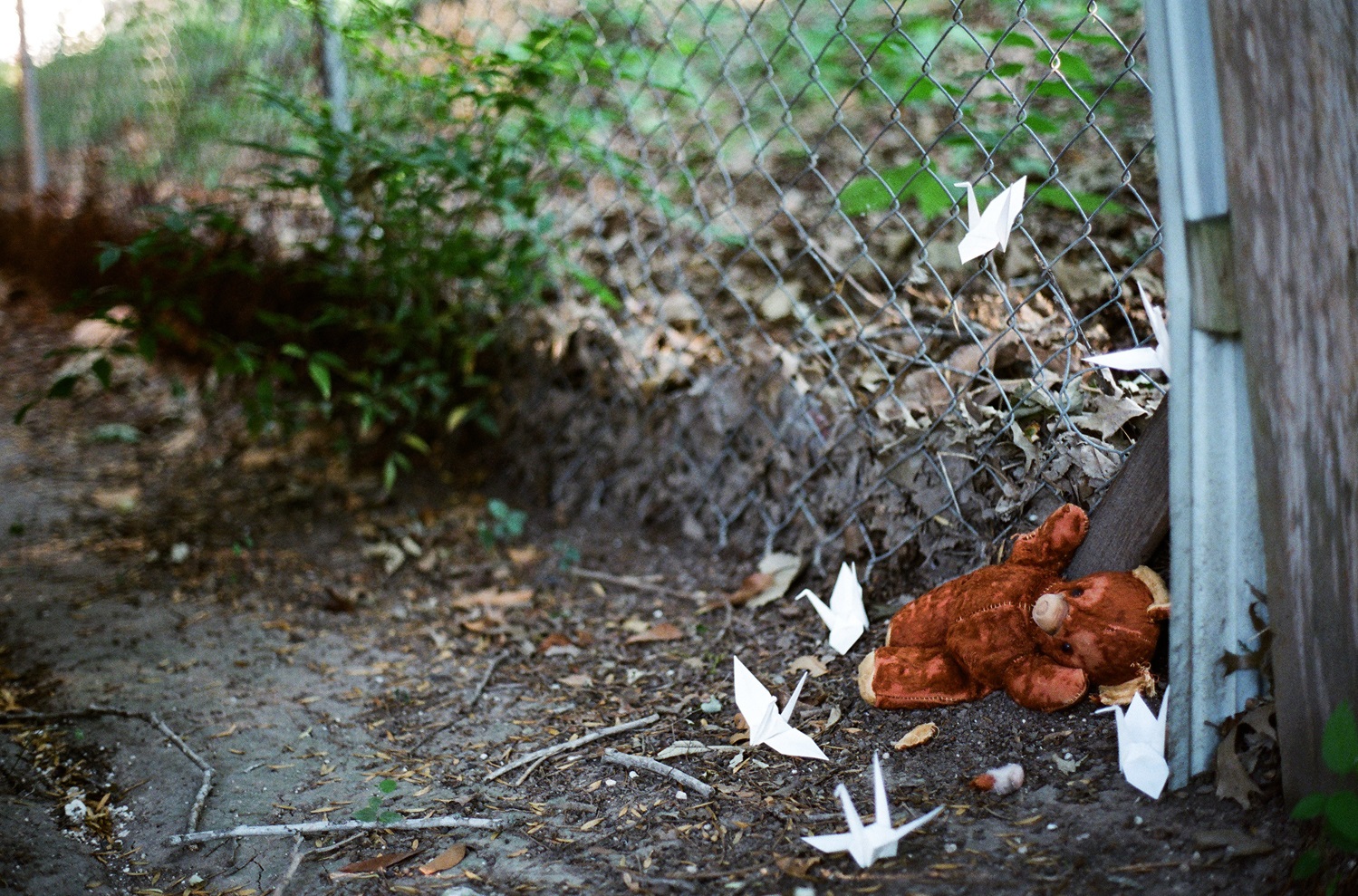 In the series 1,000 Paper Cranes for Bruce Bowman, I recorded memories and experiences of my father through the use of folded paper cranes and photography.  As a child I was interested in the Japanese fable of the thousand paper cranes, and found comfort in folding them.  When my father was diagnosed with pancreatic cancer in 2009, I began to fold.  I knew there was nothing medically I could do for his health; folding was the only way I could feel productive during his treatment.  Soon after I started folding the cranes, I began to photograph them using my father’s 35mm Olympus camera in locations that sparked memories of him.  The density of the cranes in each setting changes based on the intensity of the memory being represented.  Towards the end of my father’s life, I realized those moments with him would be the last ones I would experience; so, I began to photograph them.  I continued this process through his funeral.

While the images of the end of my father’s life differ from the ones with the paper cranes, they go hand in hand.  They are all images that represent my life with my father and the experiences we shared together; from my earliest memories of him to the very end of our time together.  The progression through the images from the documentation of his last days, to the recreated memories, to the paper cranes themselves represents our relationship through time. It began with the two of us, now the only things left are my memories, and after I am gone there will only be the cranes.