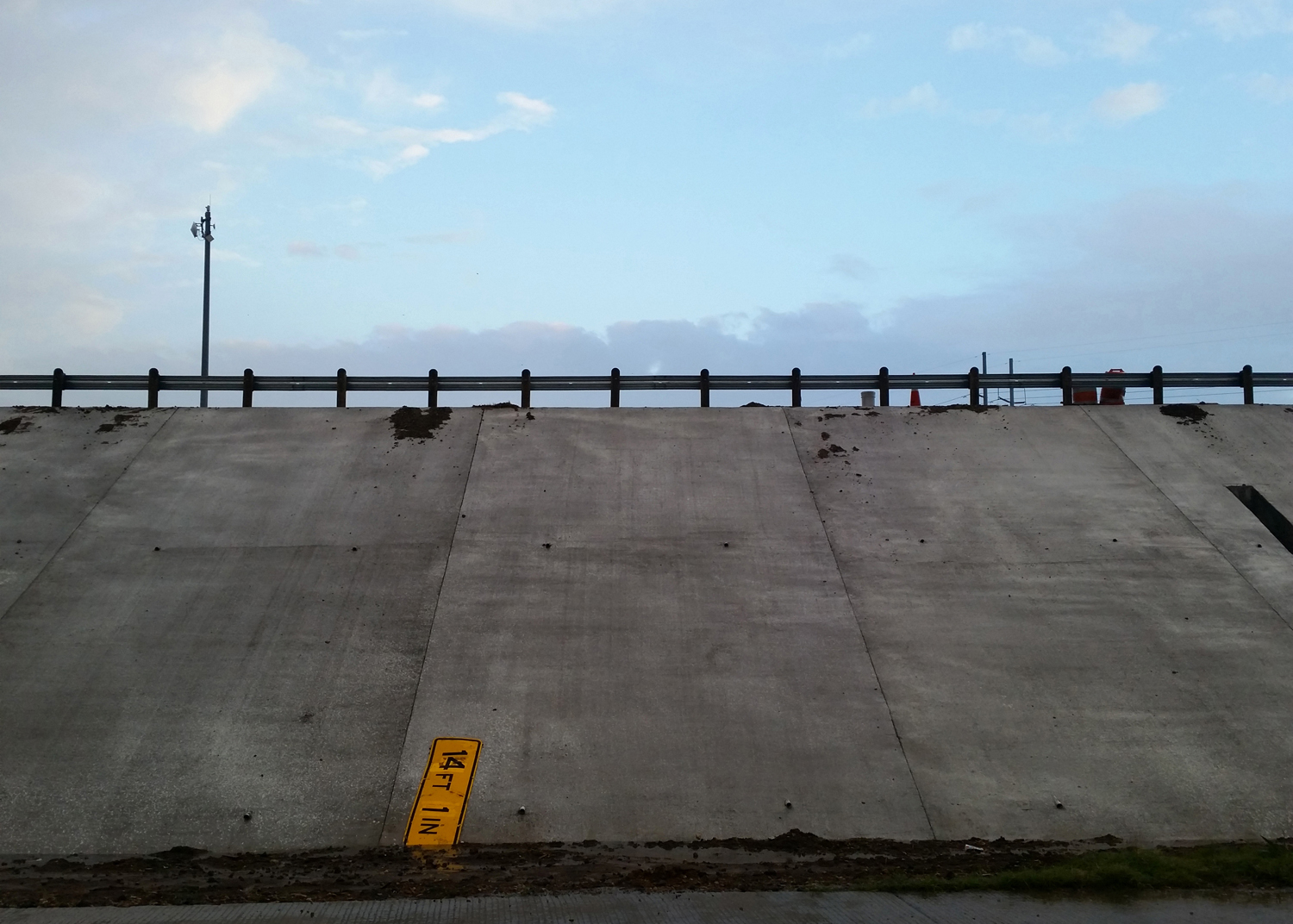 In the ongoing series Commuter Belt, Cravens captures images of common yet beautiful scenes during her drives around the Dallas-Fort Worth metroplex and throughout Texas.  Using only her cellphone she photographs ordinary scenes of concrete barriers, signage, overpasses, road-side construction, and sunsets; common place sightings overlooked by most.  These scenes are typical and familiar to the millions of drivers commuting around Texas.  They become repetitive and redundant, forming the backdrop for a period of time which is wished to pass quickly, the faster the better.  During long commutes the driver is confined to the vehicle, only able to perceive the immediate world through the windows of the car along the predetermined route.  The scenes captured in Cravens’ images are not intended to be the destination of the drive, but rather the forgettable portions along the way.

Commuter Belt is an ongoing series created by utilizing only cellphone photography.  Cravens photographs the Texas landscape through the driver’s side window while stuck in traffic or during long commutes.  The series is currently comprised of 39 images that are displayed as 5 x 7 inch inkjet prints with minimal post-processing.